I Built a Thing! (Almost) – More Adventures in Interning

I measured my best foam model for the input module and transferred the measurements onto a block of wood. I cut and sanded the wood until it matched the foam model. 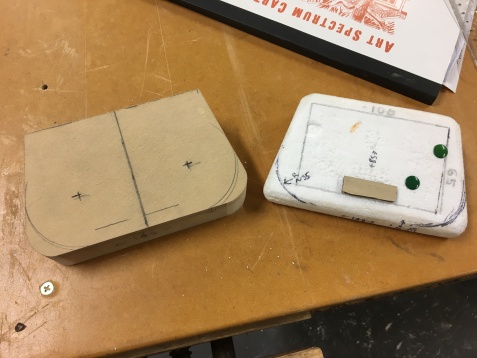 I split the model where I wanted my two vacuum-formed pieces to join. I made an intake seam around the outside of the bottom half, with the hopes of it creating a ridge in the form, that I could then use to assist me in joining the two pieces. I wasn’t sure if it would work, but hey, that’s what prototypes are for! 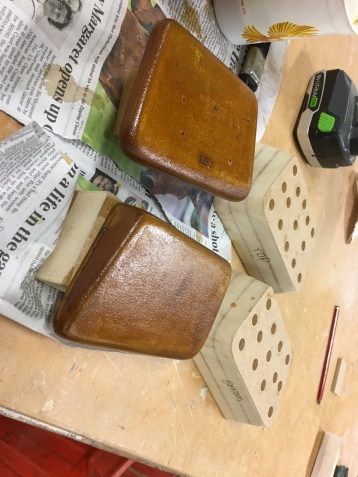 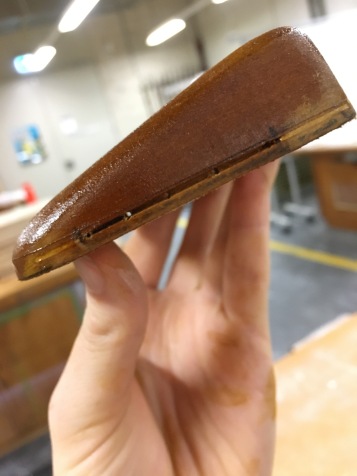 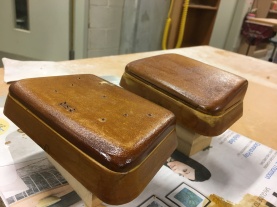 Hot tip for my future self: wait for shellac to cure completely before vacuum forming over it. Don’t rush. Don’t be dumb. Just be patient. 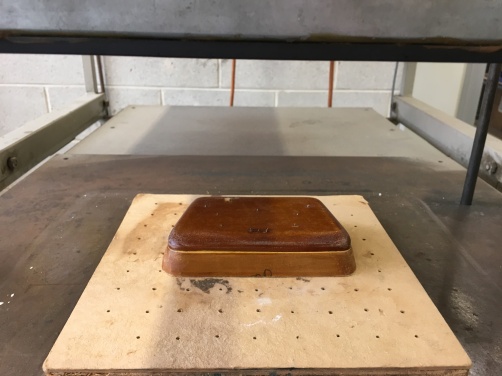 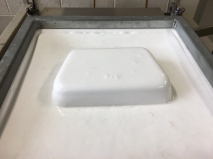 I used scrap 3mm styrene that the workshop happened to have lying around for the top half because it was free. When it was time to do the bottom half in a translucent plastic, I had to purchase material. My workshop advisor recommended I use a thin, flexible material so that it would hug the intake seams better. I ended up buying 1.5mm PEFG, which obviously created a discrepancy in size between the two halves. No regrets, It was good to experiment between the two so I can evaluate the benefits of both.

Next I just had to cut in holes for the mechanical elements and trim the edges. 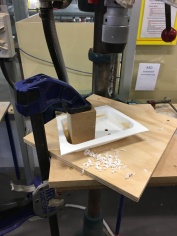 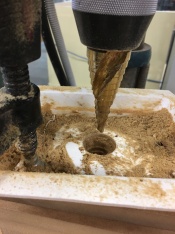 The differing sizes between the two materials threw my joining plans out the window, so i milled an inner rim on the top half so that the bottom half could tuck inside it. 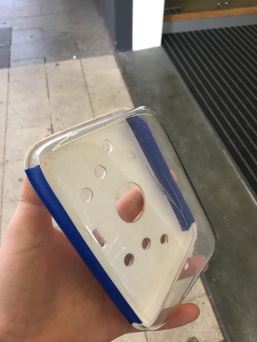 In other wonderful news, I need to create 3D printed objects for one of my uni assignments! 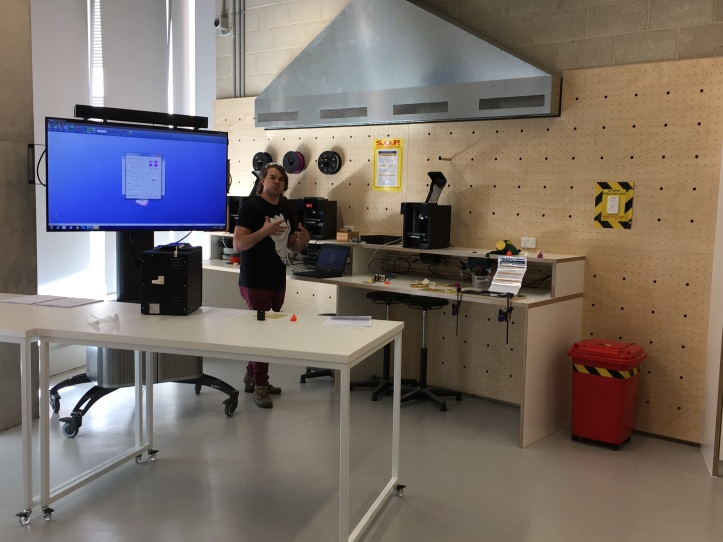 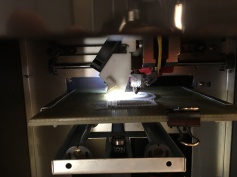 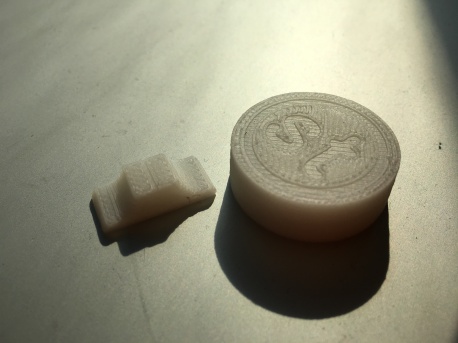 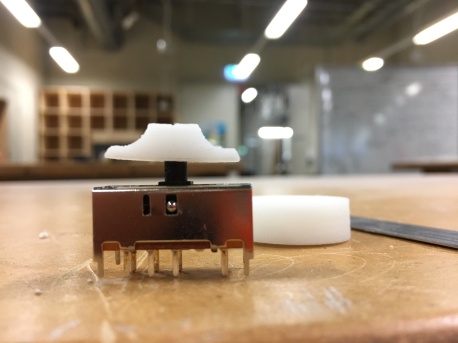 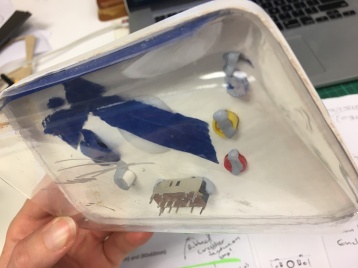 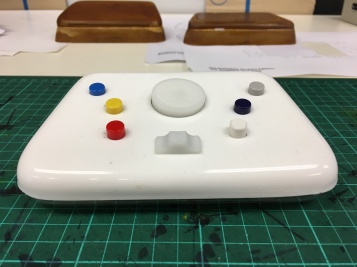 After getting this far, I thought it was high-time I get all my thoughts and processes into a readable, repeatable document. I measured and modelled what I had and learnt whether the technical package was going to work as I expected. 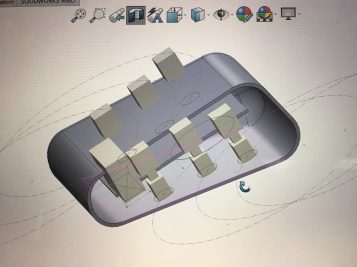 With the finished CAD model, I was able to look at what was missing. I still needed to add the flourish of the StemTap logo around the dial. I also needed to find a way to indicate where the user was meant to tap the unit to initiate connection with the commander module.

Thinking retrospectively is not always a great idea, but I decided bead-blasting would be a cool way to frost the clear plastic, give a grippier texture, protect it from scratching, while also creating a visual signpost. 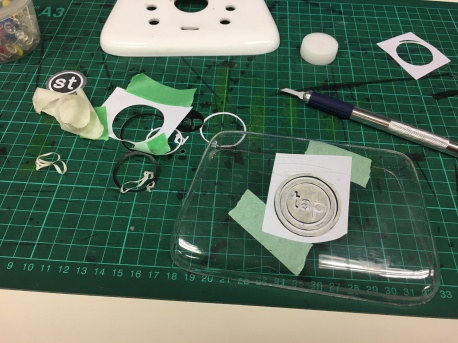 I tested a piece of similar plastic (acrylic) by masking it and blasting it. I checked the effect by peeling back a strip of tape one at a time and seeing how far I should go. 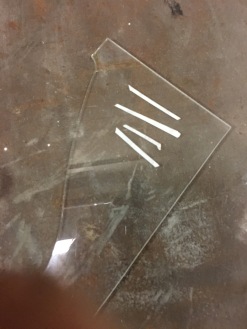 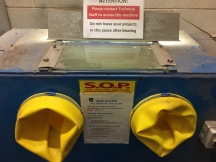 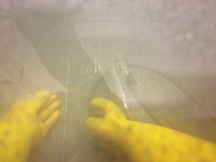 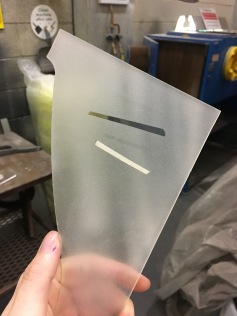 The bead-blaster knocked the masking tape around enough to give it an unintentional rough edge. The workshop advisors have told me about laser-cut tape which can avoid this problem and the Stemtap guys thought a vinyl cutter could help too. I can’t wait to learn more about these options and see how they work. 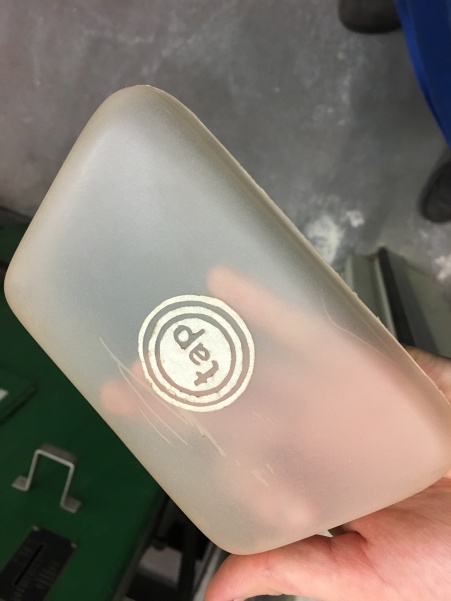 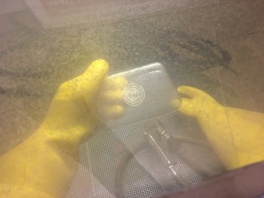 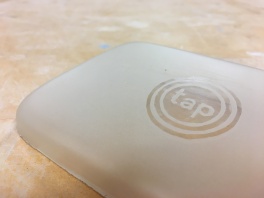 We’ve all learnt a lot through this process and have lots of ideas for further iterations, but as an initial working prototype for testing, this is a good start.

Once the technical package has been produced, I’ll work on building the internal scaffolding and joinery. For now, I’m moving onto the other module!