Since my bosses at internship headquarters know nothing about design or manufacturing, I took my prototypes over to my supervisor, Andrew Whittaker who is an expert on these things.

He gave me some ideas for internal fasteners, future materials and processes and local fabricators and suppliers. 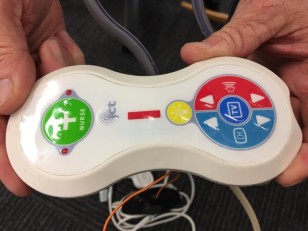 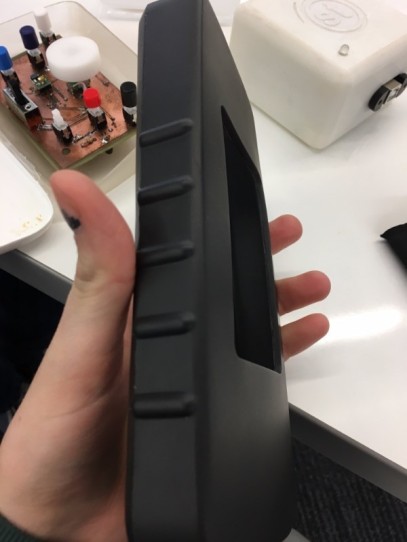 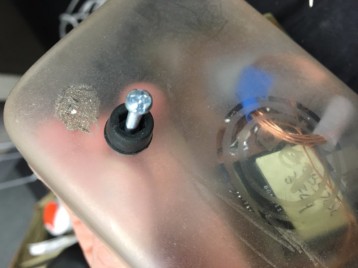 With some new ideas and fresh energy, I got back to my prototypes. This time, I laser-cut some superior masking tape and wound up with a much sharper bead-blasted graphic.

To create a grid that would hold my hardware in place, I translated the tech-pack into Solidworks, used ‘cavity’ to cut it away from the base of the enclosure and then used the ‘rib’ function to create horizontal and vertical ribs that would hold it in place. 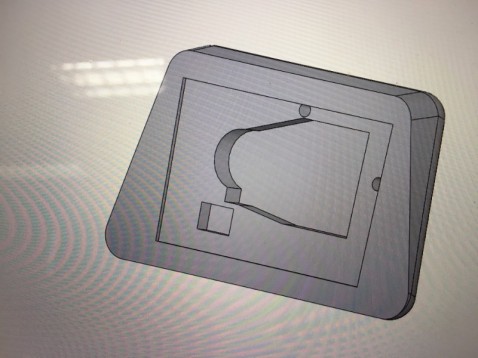 I created some spacers to hold the nuts and screws in place. I then realised that these would supersede the scaffolding I’d made.

The only problem was that the screws wanted to go into the base at one angle and through the PCB at a different angle. Fed up and tired, I cleaned my desk. Once my desk was in order, so was my brain. I was able to come up with the obvious solution of angled spacers with straight holes. 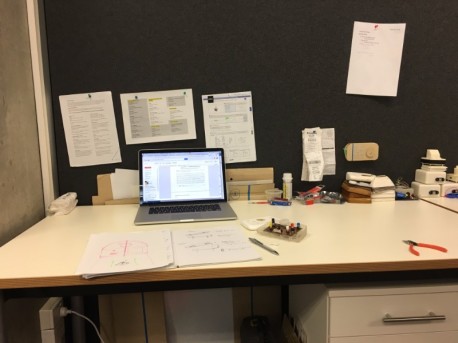 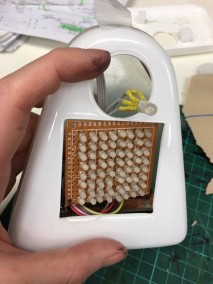 My next task was to suspend the tech-packs for the output module and join each side together.

I would turn to an idea that Andrew had given me.

I did some super quick cardboard prototyping to come up with a system that would work. 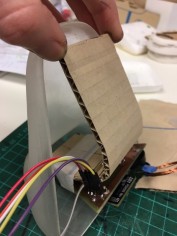 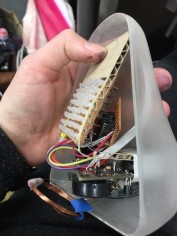 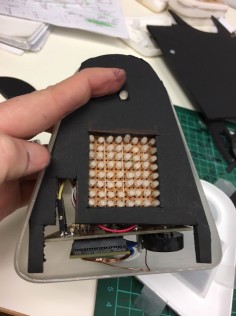 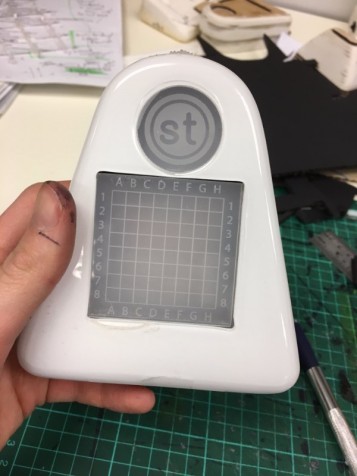 I translated the cardboard model into Solidworks, added some holes for fastening the two sides, and laser-cut some acrylic to match. 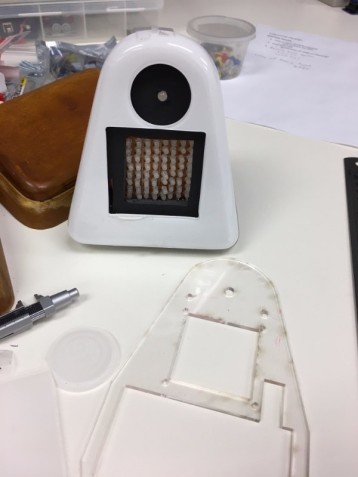 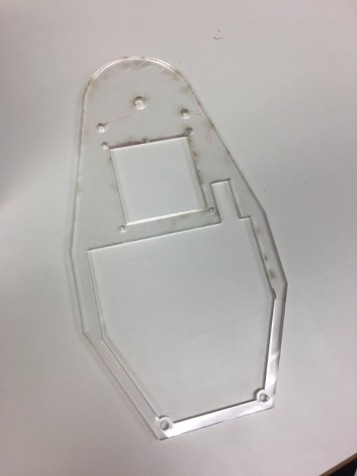 I used an isolated heat strip to melt the plastic enough to bend it. Then, I used a wooden bending jig I’d made to bend the plastic at the correct angle. 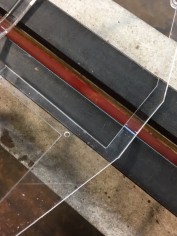 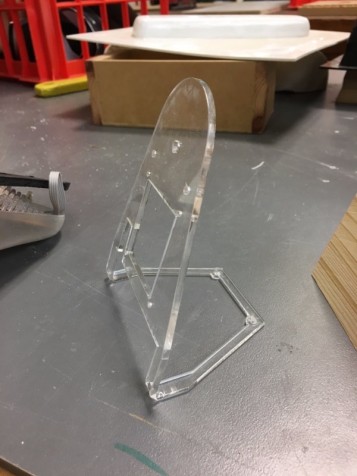 I was really pleased with how quick this was to make. I can easily see this process being used in the future manufacture of our product. 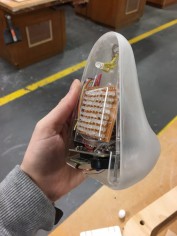 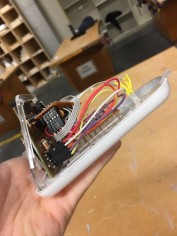 I also laser-cut a new LED grid window because the LEDs are too dim to see through the frosted acrylic.

I added some spacers to enable us to screw the internals to each side of the enclosure. It didn’t work very well. I was under a time-pressure to get the prototype finished. Since the end-goal is to have snap-fit parts, I didn’t think it was worth wasting time trying to troubleshoot a screw-fit system. We ended up taping the enclosure together for the time-being.

Now that the output module was looking beautiful, I really wanted to redo the top of the input module enclosure. I had a lot of help with this one from a new intern. Scott has joined us to work on the GUI, but since he’s more experienced than me and more of a perfectionist, he helped me work out how to align the holes with the imperfect circuit board. 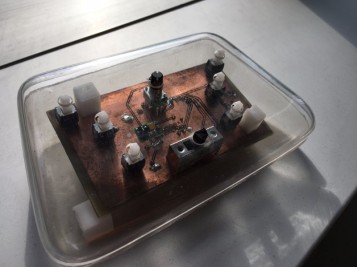 The two parts finally (nearly) look like they match. These are two working prototypes ready for testing. 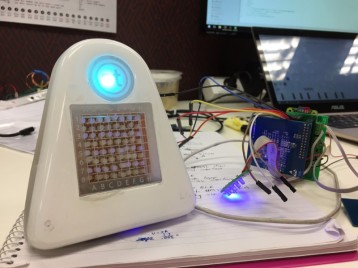 There is already so much to work on without even needing to test it. The LEDs are far too dim, so we’re getting a new circuit board with smaller and brighter LEDs. Both circuit boards will be externally manufactured so they will be much more precise.

I’m going to experiment with some options for snap-fitting the enclosure together and once I have the new PCBs, I’ll be able to refine the design, come up with a plan for small-scale production and produce 5 of each module for testing in the classroom.

I’m growing a little fatigued of this project. It’s the uni holidays, I’ve finished my internship, but I’m continuing my work with the company because I really believe that doing is the best way to learn. I’ve stumbled through the first part of the process and I don’t expect my journey to be any smoother on the next part – that’s why I know it’s worth continuing. There’s so much more I need to learn.